The best brands of solar panels on the Tier 1 market:

Find solar panels from leading brands such as Trina Solar, Red Solar,Seraphim, LONGi, SolarWorld, Panasonic HIT and more. The panels are shipped directly from our distribution center in Valencia.

At Techno Sun we are specialists in the distribution and import of solar panels from the world’s leading manufacturers, called Tier 1 (listed by Bloomberg).

Currently number one on the list is Trina Solar, Seraphim, and LONGi, number one in monocrystalline panels.

Since we are big wholesalers, we have more than 4Mw always in stock, we offer important discounts for purchases with a certain volume, especially from a pallet, call us and consult us the prices for professionals. To buy loose solar panels, consult the prices by quantities in the section of solar panels in our online catalog or in our webportal B2B.

Within the category of solar panels we offer a wide range of technologies, the most common in polycrystalline and monocrystalline, and the most efficient ones on the market, such as HIT technology from  Panasonic or the new generation of PERC solar panels:

Polycrystalline photovoltaic modules are cheaper and it is a newer technology.

You can install fewer high-efficiency mono panels, but the cost per watt is higher.

The main advantage of the PERC cell structure is that it allows manufacturers to achieve higher efficiencies than standard solar cells that are reaching their physical limits.

In the current state of technology, it is possible to achieve up to a 1% absolute increase in efficiency, although there are more steps in the manufacturing process, increased efficiency makes it possible to reduce costs, also at the system level.

The goal is always to improve efficiency and at the same time reduce costs. And improving the efficiency of solar cells contributes to cost reduction.

This cell architecture is considered as one of the best possibilities to produce high efficiency solar panels at competitive prices.

Little reduction in output power when the module rises in temperature, which means that it supports a high output power even during high temperatures, such as summer heat, which contributes to increased energy production throughout the year.

We also have a large number of formats of photovoltaic modules, we offer them with silver or black aluminum frame, flexible or curvable, bifunctional and glass.

The range of powers we have in stock ranges from 5W to 395W, (we also have photovoltaic modules with 144 cells). 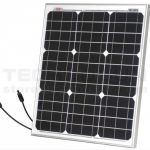 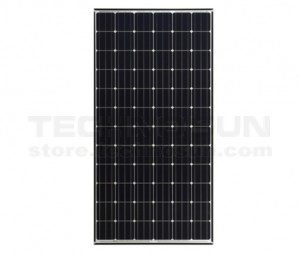 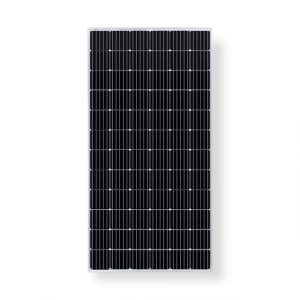 You can learn more about what cookies we use or disable them in the settings.

This website uses cookies so that we can provide you with the best possible user experience. The cookie information is stored in your browser and performs functions such as recognizing you when you return to our site or helping our team understand which sections of the site you find most interesting and useful.

If you disable this cookie we will not be able to save your preferences. This means that every time you visit this website you will have to enable or disable cookies again.

This website uses Google Analytics to collect anonymous information such as the number of visitors to the site, or the most popular pages.

Please enable strictly necessary cookies first so that we can save your preferences!